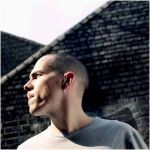 We didnt present more electronic music producers for a while. That happened because of all the scheduled content and the strategy of serving you only one post a day. The previous special editions of insti2te were quite sucessfull with some hundred visits , therefore today We would like to catch up with a new one concerning one more dj that we like here at the shituationist insti2te blog. Im writing again about a classic , definitely popular producer , Dj zinc. As I wrote at my previous posts , my idea is based on our motivation for more new sounds , producers editions in order to open discussions , explore new things. Therefore Im waiting your comments as well as more related information  …

Dj zinc comes originally from UK , became popular  for his 1995’s “super sharp shooter” , a hip hop / jungle fusion.I guess a lot of you re still remember this. Dj zinc started his music activities as producer and dj , following the music explosion of the rave tedencies. Definitely his music roots are extending  from different music styles like  ragga , hip hop thought hardstep and so on. He continue to dj in a regular basis all the previous years and he released  the single “138 Trek” in  1999 an other popular one.

DJ Zinc produces and DJs as part of the Ganja Kru and True Playaz collectives, often in association with friend and mentor DJ Hype. He also runs the Bingo Beats record label, which releases both drum and bass and breaks records. He has also been known to release many records under the alias of Dope Skillz.

In 2001, Zinc released a remix compilation album of his own productions called Beats By Design. By August 2004, he released his second album, Faster a concept album of sorts. The album, as the name suggests, ups the tempo little-by-little for each song. The title track, and album opener, epitomises this and is a grimey crawl through bass and beat that speeds up from 40bpm into the early 100’s by its end.

Dj zinc remains positively an artist in development . I would rather like to know , where he plays the upcoming months , checking every posibility to attend to the next party. But I dont think that only Dj zinc is in development. In the whole Drum n bass scene you can find really impressive releases as well as a lot of new artists , mcs etc , ready to rock the dancefloors with their sounds in every moment.