so again we went to Lokal on Saturday, for another session of  “love techno hate germany”, seems like this becomes our regular party (it’s once a month and someone of us is there in most cases, for the first time i also had fancypunk with me)… i atleast went only there to chill a bit, but the set of yoko fono even got me to dance a bit, really nice. 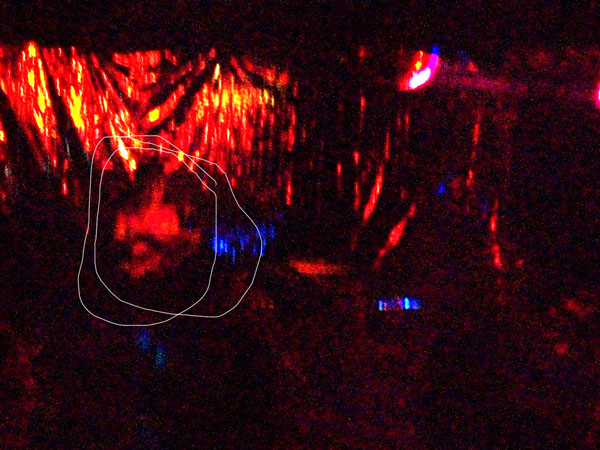 sorry this is the only picture i have from the set, but i marked for you which areas are the djane ;)…

then sunday was fete de la musique in berlin, it’s a festival around the world in big cities where they play music for free on the streets to celebrate the beginning of summer. we went first to schillingbrücke, where one of the more public techno areas is usually. this year it was to much commercial labeled for me (i mean most of the time i don’t care, but this time it was a bit strange). the last years it was different and i found it to be nicer then. anyways, we didn’t stay there long, although the music was pretty nice. 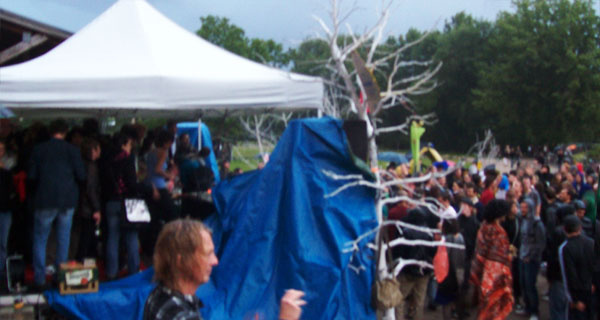 we went back to görlitzer park and got caught in the rain that washed away the summer beginning party… pilocka krach was playing. the atmosphere still was nice, because the visual spectacle of sun getting down in the light rain and some rainbows was pretty spectacular. many people were dancing in the mud of this wasted park. we were getting to wet and finally decided to head home, this fete de la musique thing only lasts until 22 o’clock anyways and we were still fucked up.

One thought on “beginning of summer in berlin – our party weekend”