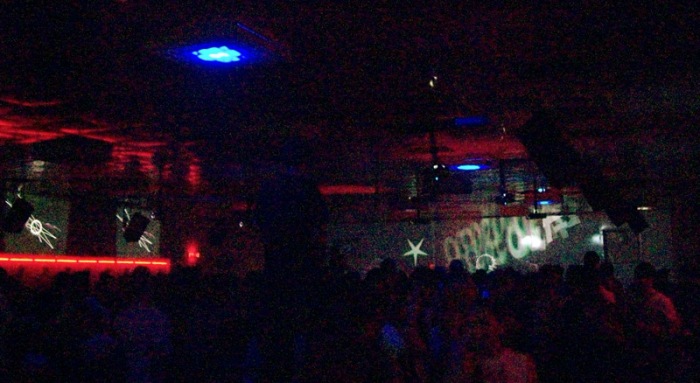 just want to show some pictures from this weekend in berlin. went to the closing party of rechenzentrum, and it was amazing. gigantic room with incredible visuals and some really good rave music. in fact my camera is really too shitty to show you how this room looked. we arrived at the party just as bigger parts of the first crowd moved out and a new nice mix of people arrived from various other parties. everything felt perfect, sound and atmosphere, so it was really a joyful party.

later we gave the beach at the river a, hopefully not last, visit (rechenzentrum still tries to find out if they can continue to stay there next season). 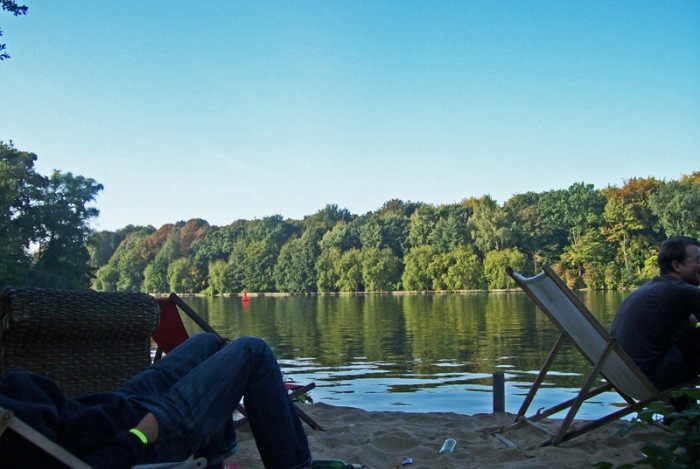 waiting for the morning sun, looking at the coal ships passing by, smalltalk and suddenly i felt to go back in and see the rest of the set of len faki. they had changed the light in the meantime, visuals were off and a very minimalistic light concept on. in some moments it was like a big wizard was projected in front of the dancing masses, but it was just the shadow of len faki on the wall by the djing light… 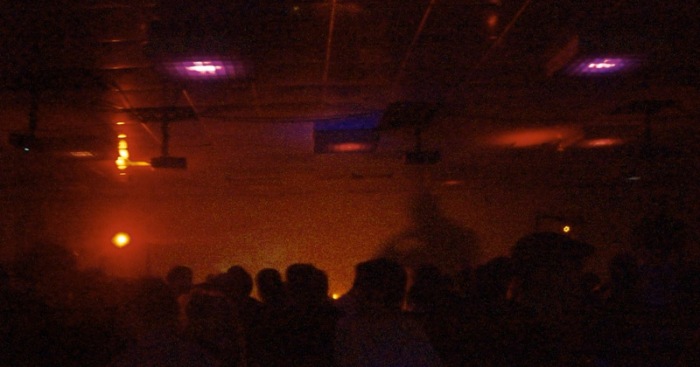 with a short stop home for a nap, a breakfast and a coffee we continued to an open-air on top of a building and ended this weekend, and the open-air rave season too, with an amazing evening in front of the skyline of berlin. 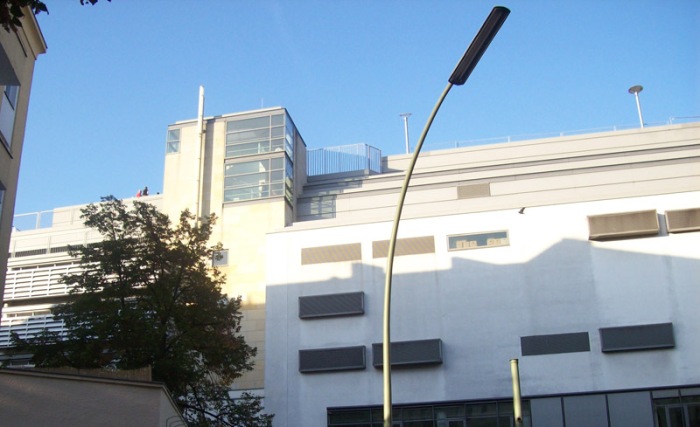 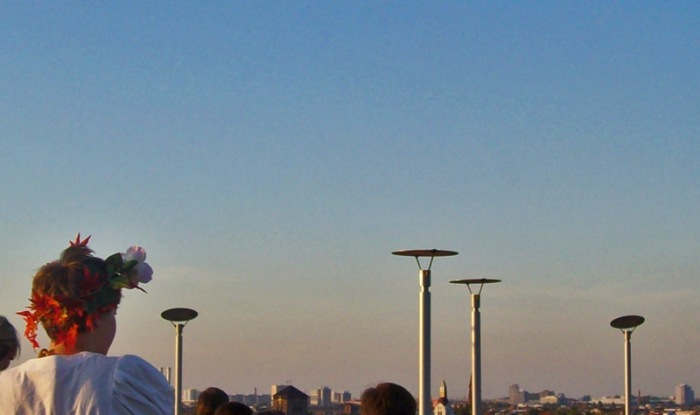 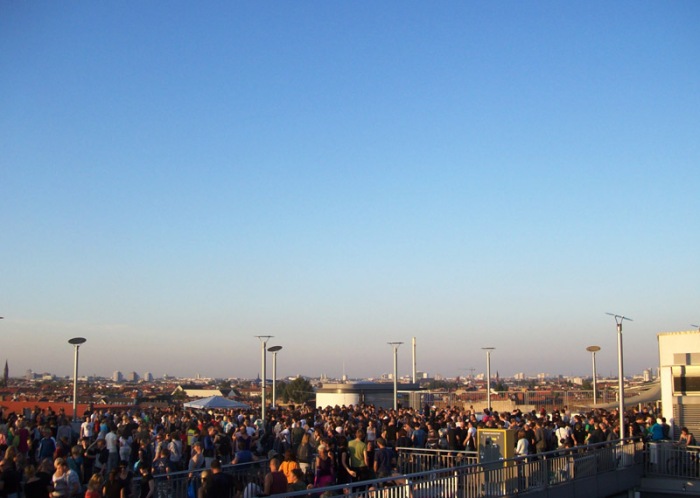 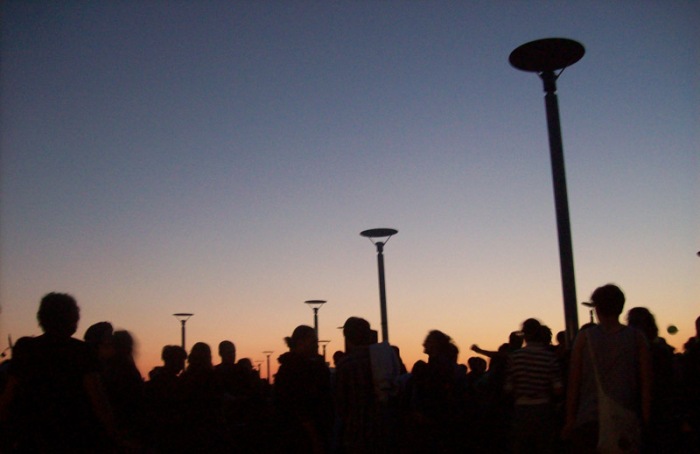