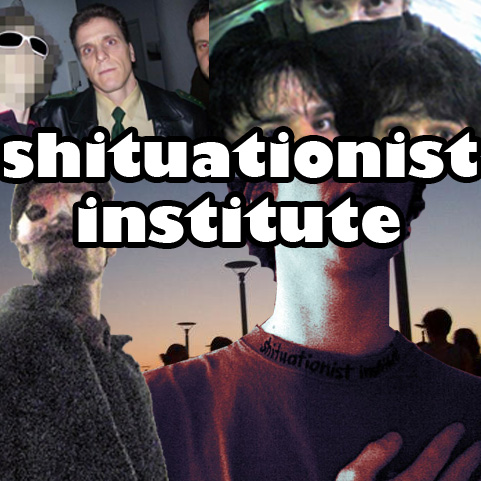 dear friends, readers and supporters.
2 years from this day, this project, that you are consuming from or communicating with now, has started.

let me recaputure some heights and lows of these two years and tell you all how it came to be. also i will finally shed some light on what the “shitnationist institute”, the “shituatist institute” and the “shihtuatininist institutute” was.

to understand what was leading to the formation of the SI in the first place you have to understand the events of the summer 2008. we were bored of the activist conference we were attending, something about preparing a revolution, but eating only from the trash and hitchhiking, and if you tell someone you took the plane you loose your moral authority. after some days with these revolutionaries we took a ship to an island in the mediterranian sea, and whilst we lay down on the hot metal of the ships upper deck we decided we want to give our fancy punk side a chance for a change. the dressing up part, the playing with our identities part, the rave nostalgia and the hopes that we were still linking to art and emancipation. one of us took the nom-de-plume fancypunk, being more focused on XXX, antideutsch and drum’n’bass, while the other one took the name dr0fn0thing, a name stolen from guy debord, and being more focused on aesthetics, perversion and minimalist-techno concepts.
we started with an announcement on the 25th of october 2008:
here we go “we are the shituationist institute.poweravers with supermonster forces and laptops and stickers and glitter. wo-ha”

one detail: after the summer on the island i was back home and chatting with fancypunk, and we decided to give the drunken idea that we had on the ferry a try, we were thinking about different names and since we had discussed some late-marxist theory after that anarcho-conference, we wanted to give it a not so serious twist still showing our roots in the utopist milieu. we already had changed the usual “international” for “institute”, and while having a break on the toilet i came up with the word shituationist, a resemblance to our role in the diffuse and imaginist situationist aprèsgarde.

which leads us to the question, what are the shitnationist, the shituationinist and the shituatist institute? the first one was created during a brockdorff klang labor concert, you could send messages to the band in an interactive process, our note was read wrong and we had another name. nevertheless we managed to make some particular ties to the band in the aftermath. the others are dunken variations on the walls of our cities. don’t drink and write if you want to write S-H-I-T-U-A-T-I-O-N-I-S-T-I-N-S-T-I-T-U-T-E right. 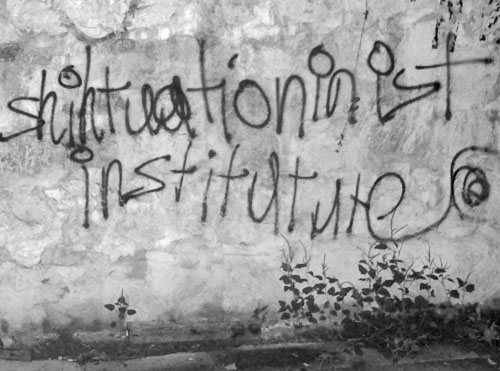 well after some time we started to blog daily, gained some visitors, made some nice ties to techno and breaks artists, had a lot of participants writing stuff on our blog from time to time (individualusername, nireid, angeldoumis, weirdmaerd, flybutta, green mojito, chrysoval, urban kung foo and others) started to do a webradio called freakuency (meanwhile abandoned in favor of monthly podcasts and mixtapes and featured dj-mixes, see here, here, here and here), organised techno parties in athens, thessaloniki and berlin, founded and forgot about the imaginary institute for interlocal interferences, made lots of interviews and listened to loads of good music. and at some point got to know the AKNE hedonist international section and made some ties with the shelter23 club. to sumn it up: 2 years of pseudo-journalism and “networking” in the field of ruins of the rave scene. we are critical towards an exploitation of the non-conformist scenes through reportage, but we feel that having a progressive party palaver is an essential strategy to reflect and work in a collaboratively way. we don’t do party portraits of rich kids with name dropping of artists of hyped music styles, at least we tend to avoid that, or struggle to get over that ;), and prefer to share our train of thought on the progress of serious and not-so-serious art with potentials, beneath this big pile of boring commercial clichés that culture represents to large parts.

so now that we completely lost the idea of a stringent historic recapitulation, let me at least share some of the shituationist memorabilia with you: 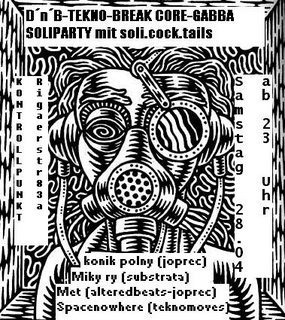 our first party in berlin, long time ago. classic punk location, soli for some revolution, nice lineup with the Joprec people.

our drift to Budapest, party flyer is on our old blog.

we had shirts once, i think only one exists still… 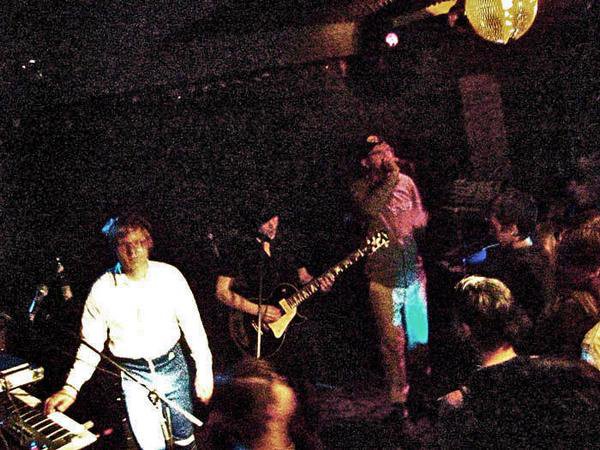 we are the Brockdorff Klang Labor Shituationist Ultras 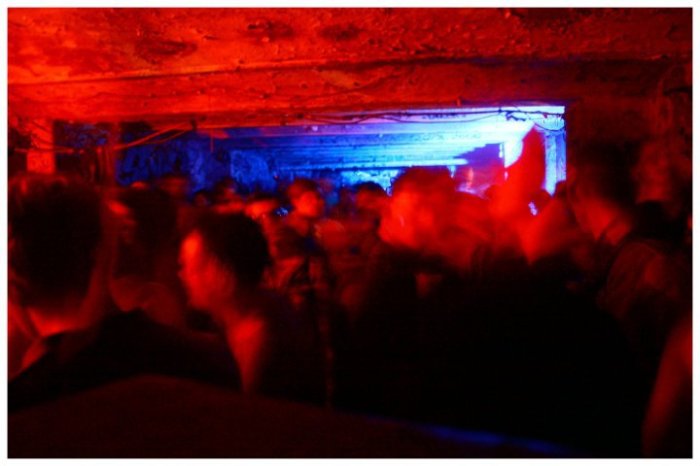 another party, with support of AKNE djs, again some revolutionary purpose 😉 (pic is by Sèbastien Alexander Lagies) 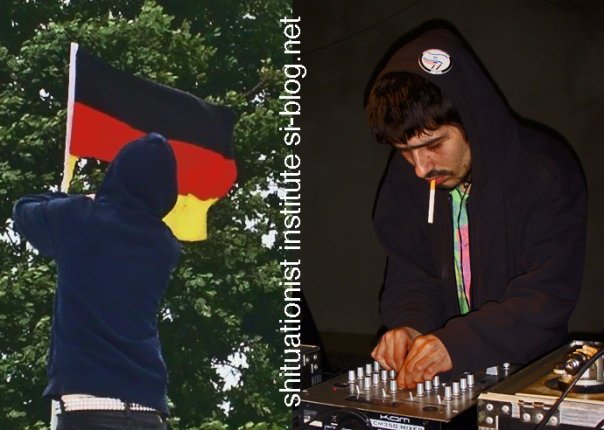 portraits of us, detourning a flag at fusion festival, playing at a party in thessaloniki

Athens party of the SI…

the space invaders parties in Thessaloniki (that we supported and helped with), a poster for one of the two events that existed under that name.

and to round this up, some music from the last months:

thank you and may only love tear us apart again. 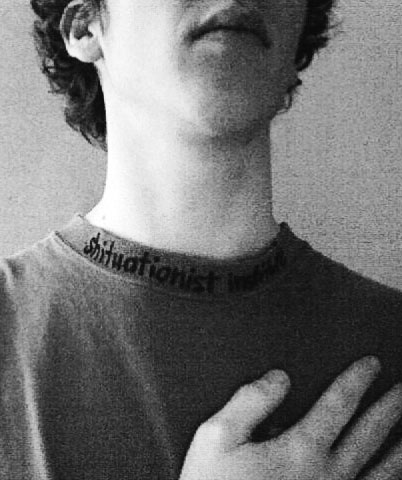 7 thoughts on “Review of 2 Years of Shituationist Institute”