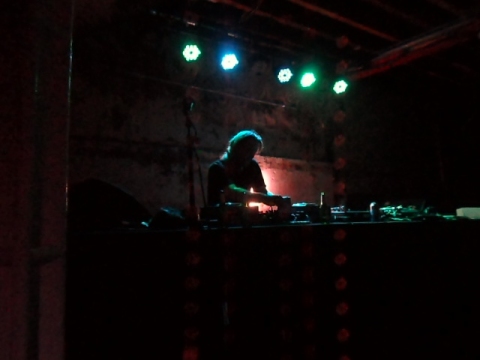 To be honest I found it quite difficult to find the right words in order to write this review & that’s because once again I was left pretty much speechless! I’ve seen Venetian Snares more than enough times & in a bizarre way his sound has always had the same impact on my brain. The 1st time I saw him live was in Brighton. It was the 6th of June 2006 (06/06/06) and my 1st breakcore party ever! It was very apocalyptic indeed.. A real revelation & that was it.. Been worshiping his sound ever since! Let’s get back to the present & club XOYO in London, where Aaron Funk brought his extraterrestrial alien energy a week ago. It was Wednesday night & the gig was sold out which is not surprising me at all since all Venetian Snares gigs are more or less sold out. He went on stage around 10:30, everyone was delirious & the dancefloor started pulsating violently! His performance was an amazingly manipulated, old meets new acid drenched mix, with tunes from albums such as ‘Dentrimentalist’, ‘Rossz Csillag Alatt Szuletett’ & ‘My so called life’. He left everyone mesmerized, happily fucked up asking for more! The 2nd stop of his European tour was Brighton! Another night another blast! Coalition, a seafront, usually laid back club left bombarded, screaming people, addictive frequency madness!!Nough said.. Check the vids I got for you or even better go check Venetian Snares!!Splendid superninja!!!

A friend of mine was at the XOYO gig in London & wanted to add smth about his 1st encounter with Mr Funk! Thank you Dan!;)

It’s one of the only gigs where a guy can trigger a machine gun drum sample for 10 seconds straight and the crowd will go nuts (the good kind of nuts) but that’s why we’re there right? Even though it’s really a Venetian Snares DJ set rather than live performamce, the visceral power of the music, combined with a rabid group of like-minded crazies is really mental. And he is one stylish knob-twiddler! There was a metal fan who hadn’t moshed for a couple of years who just lost it at the gig. This 5 foot girl beat the shit out of some biker in the pit and he loved it. Welfare Wednesday, off his latest offering ‘My So Called Life’ got a big welcome, the line ‘pretending I’m from London – in your punani’ being a funny quote for the night.

You can catch Venetian Snares here: 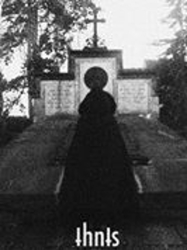