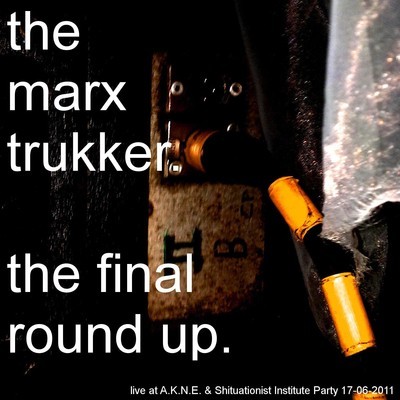 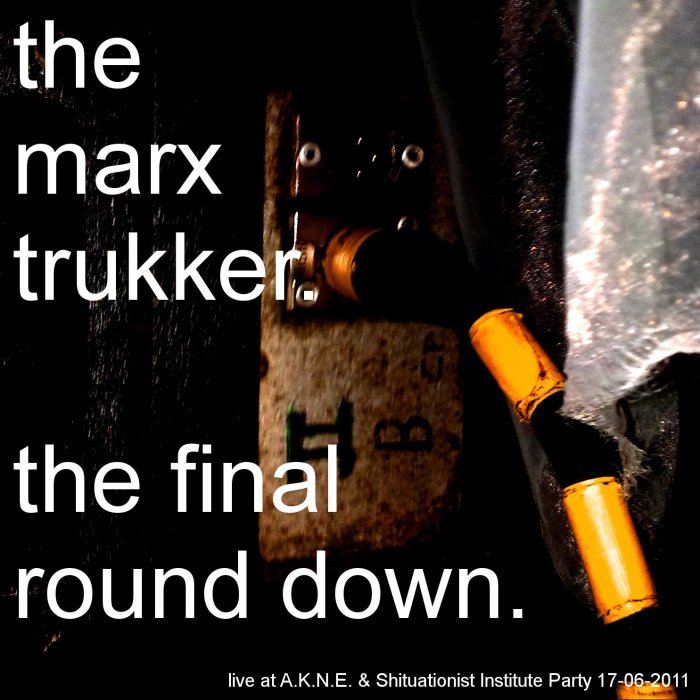 This are the final five minutes i played on last friday night at the A.K.N.E. & Shituationist Institute Party in the Levee Club in Berlin.
Sorry for the poor soundquality – the monitoring system didn’t work too good and my recorder clipped a bit (haha 🙂

But this was damn much fun anyway and so i just had to load up at least this final five minutes (and some others as well The Final Round Up (Live At A.K.N.E. & Shituationist Institute Party 17-06-2011) by The Marx Trukker 🙂 as they describe the liveact in the best way 🙂

At last,be careful,as it’s Techno and Techno is still best when it drives you the shit out 🙂