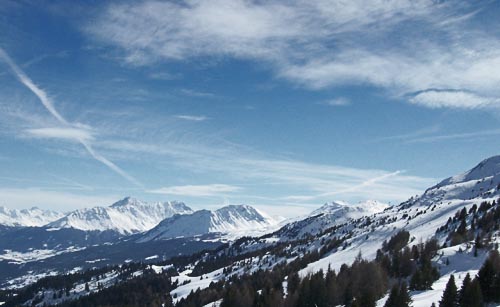 Instead of doing oracles of coming insurrections we present you with this text welcoming the end of activism. The attempt is to create from the analysis of the failure a history that exactly makes this failure and not the myth of the prior status the deliver-worth content.

A world-wide resistance movement which wanted to offer new forms of protest and organization showed up since the 1990s. But the real existing bourgeois anarchism in the form of individual activism of privileged middle-class individuals lead to the disorganization of this movement and thus to its tendentious shutdown.

On the basis of the 1994 rebellion beginning in Chiapas (Mexico) a movement of the movements formed itself to try to render visible the various fights of the subaltern worldwide. It was met at conferences (under the label peoples’ global action), drawn attention to the social causes through global action days and one tried to organize material and immaterial solidarity. Organized under the conditions of postfordist and neoliberal capitalism: Privatisation, the end of the communist parties, lack of perspectives in the question of organising, invisibility of the social struggles, attempts to consider new questions in connecctions with theories of racism and sexism.

The principles of organization were directed against representation: not like with the old anti-imperialist movements should the left in „the first world “ speak and act for the struggles in other regions, but rather the struggles be understood as referring to each other. In their political orientation these movements were usually vaguely anti-capitalistic, in the sense that the contradiction between capital interest and social basis was unfolded, whereby anti-institutional attempts in opposition to the forms of the party and the lobby were predominant. Through rose or value critique colored eyes the form of the anti-capitalism of the resistance movement can be understood as materialistic reaction against the value principle: the movements begin to construct alternative and gift orientated economies locally.

To understand oneself as activist became a privilege particularly in Europe and the USA. To be connected through email lists, to have in every larger city a safe sleeping place, yet not to have to work hard in a factory performing militant research, but to work in decentralized scenes, with more emancipated ways of speaking, manners and a certain autonomy that at least enabled cheaper leisure (for free: cinema, lectures, cheap: benefit parties, public kitchens).

Under the guise of a large variety of groups the networks of the basis movements however transformed at least in Europe to networks of single activists. What had before still the appearance of groups in networks, where nevertheless it was never completely clear whether the Infoshop in this and that city was run by a single person or by a local group,  changed now to individual activism. The fragmentation of the labor movement to individual resistance and sabotage at the workplace was reproduced in the new social movements of the “western world”, which meant that local initiatives and autonomous collectives were again disconnected from the network of global resistance. The news about local alternatives were only arriving filtered through the bottle necks of individual activists, thus being moderated. If this function of moderation was then even institutionalized, as with the gradually no longer rotating roles of administration and moderation of email lists and websites, additional barriers were built for the real movements to articulate themselves.

The action days were nothing more than spectacular events of summit hoppers, in which no more networks of movements were constructed and where autonomy apart from the temporary structures of the protest barrios was no longer an issue. The movement in Europe rather fell into the trap of representation. The anger against capitalist conditions was directed against the summits of the governments and integrated to a great extent into the organisational structures of Attac and the parties. The movement of movements had found its Mayday, from time to time to go with bag and baggage, with a flag and a tent on the lawn or street and write the rest of the year about why it is important to continue this tradition. The traditionalist movement was available as association (Attac), traditional product (coffee from Chiapas), and of course the traditional newspaper (Indymedia).

In Europe we see the end of individual activism. The mobilization of European PGA conference in 2008 failed, only a few participated and long time later no results had been published [now here]. “Dissent” disappeared after the G8 summit in Heiligendamm in 2007, which can be seen as a prime example of a summit mobilization with zero perspective. Homepage links are down en masse. These traditional labels of the autonomous movement have again become invisible. To split up is not enough any more when conflicts show up, today whole labels brake up because they were based so heavily on individuals caring for tradition and contuity, who burn out after some time and retire. And when the autoritarian parts are finally out, the rest stagnates because discipline is in individual-activism subordinate to the criticism of disciplining and authorities.

The individuals make the painful experience of the halt, the realization that a movement does not result from people moving, but from people organizing themselves and forming movements together.  Given the deplorable state of late activism, the silence of non-movement and the connected slowing down and hushing of the networks, emancipatory groups are back on their own.

Let us examine the autonomous media, Indymedia in front.  Indymedia has been founded in the context of the movement of the movements outlined above, to make their reports visible. With the tendency of the invisibility of the networks and the strong and partially intransparent moderation of communication these structures became more and more superflous. The structure of Indymedia has also proven itself as vulnerable, through transnational legal request harddisks of Indymedia have been seized across borders. The centralist organisation of the site was therefore problematically in both senses. The same happened with poorly secured email lists of the radical left that were hosted on site and only had to be picked up by the police, as it happened in Berlin. While the networks and autonomous media decelerated, relying on old software, organizing principles and structures, the possibilities of modern media accelerated enormously. Autonomous blog servers, well-protected email hosting and storage space available for the publication of autonomous media on a variety of servers offer the way out of the misery of the autonomous media that has in so various ways become outdated.

But back to the historicity of the movements of the movement (here once intentionally differently around). The gradual breaking away of the connections, the burning out of the powerful positions and stop of activity of the networks, led to invisibility and diffuseness of the overall movement. The social movement died once again one of its many deaths, the movement of organized workers against capital had long since become silent.
The error in the concept was that a failure was not considered. The social movements wanted to triumph: for a world with space for all, the peace of the difference. This victory should be achieved through the suppression of capital and establishment of autonomy everywhere. To be able to think that victory would be to visualize utopia, which is impossible.

The conception of the final victory is often linked with the destruction of the disturbing, and so some part of the summit stormers had really the conception that only the important meetings of the heads of government would have to be blazed followed by a declaration of the new world on spot, as alternative circulated the primitivist conception of a world in ruins where is started from scratch. How to develop beyond the actual ruins of the bourgeois world, is the large question which remains outside in the heat of storming a summit. Autonomy conceptually has nothing to do with destruction, but with an extension of an approach. A movement, that only perceives displacement and answers with thoughts of destruction (t-shirts with graves as “new homes for the rich”, etc.) thinks its victory in the positive and its struggle in the negative, instead of what is necessary, to take victory as an utopia and struggle as the object:
To be able to think the process of getting pushed back, as well as the process of pushing back, needs a consciousness of movement, that  forms and articulates itself through media, communication and networks. The shame of the movements to document its failure comes from the egoism of individual-activists. It was possible to make a carreer in the spectacle of insurrection against capital. The names of summit stormers now are on book covers, the faces from behind the masks now sit at talk show tables. It is en vogue again to step out of the protest and be smarter and more important than the rest. From throwing stones to philosophy of reform or on a chair in a burgeois parliament. Or in a much smaller perspective: it was satisfying to be important and heard in the gained spaces and sections of autonomy, in a world that aims to make the individual superflous and dumb. To step up against these positions means not to accept these spaces and their status quo but to insist on the struggle for a different quality of life

Anonymity is necessary to organize autonomy, under the collective pseudonym of the group common analysis can be published, protected from the prison of the state and the violence of the comrades, nothing is more peaceful and safe than a discussion that is based on common experience and happens without the ego labels of burgeois individuals

People still connect themselves in movements, to make the real movement which abolishes the present state of things visible, to enable the communication of this tendency and to subvert the concept of freedom in an antiburgeois way. The latter means: freedom beyond the totality of society. As a movemt: autonomy set in relationship with transformation.

The luxury of relative safety and free time means being able to choose to work on the education wich enables the transformation And to build up autonomy als strengthening of freedom, not as exclusive collective, not for oneself, but as an open and therefore deviant form. Limited to material things this could be basically everything, from means of production, to commons (freely available anti-commodities), from spaces and means of communication to info hubs or libraries, etc., the principle matters. The subsequent challenge is of course to not only think this on the level of subculture, but to bring the ruthless criticism of the state and the idea of democratic coordination of production and supply into line (not thought as global centralist state directed economy obviously, but more creative ways please), only possible as a movement through the existing, a real transformation and not smashing everything and going backwards to previous forms of the social.

The end of activism means the end of the orientation towards praxis, since all associations that see thought and action as divided cannot refer to reality (the whole social, the complete: thoughts and acts) with their form. Understanding action in this sense as something that is not allowed to have other use than to initiate activity and transformation of the whole reality, we have to highlight: what has been isolated and marked as theory or non-action serves this purpose the most constitutive, through conveying a thinking which enables for real activity

4 thoughts on “welcoming the end of activism”