Jon Gaiser is a Detroit native whose sound was shaped by the Plus8 events of the nineties. He has been releasing minimal techno on Minus and Resopal Red since late 2005.

Growing up in grand rapids,michigan , he started getting interested by music like punk and he was playing drums at many bands. But his music taste change after the experience of a techno party at his early age of 14.Richie Hawtin inspired Jon with his quallity of music and the originality of his sounds.Then Jon emediatly left from the bands and tried to figured out how that music created.He began collecting drum machines, synths and fx units, before finally moving to Detroit after graduating from high school. Music has always been in his blood and his inteligend mind knows how produce delicate melodies and dramatic changes in atmosphere that give his sound such a distinctive edge.Jon allways interest by music since his childhood with punk/rock inspirations.and he allways trying to upgrade his music experiences according to improve his Dj skills.

Now he’s living at Berlin where it all began for him with the rest of MINUS crew and mixing and matching his sounds.He’s a musician who lives off his instincts, channeling his moods and emotions directly into his computer, translating new experiences and sensations into sound. There simply is no other way.

My “bedroom” has always been a room full of gear that happened to have a bed in the corner.’ – Jon Gaiser 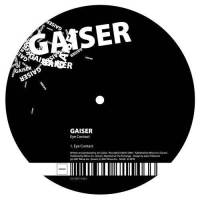 Hobo
Hobos are wanderers – migrant work-seekers, constantly on the move. You can tell that he is aware of this fact every time he steps into his studio, because speaking musically, for him the same path is never trodden twice. When asked why he never seems to repeat himself, he will answer without hesitation: “You stay still, you’re more likely to be left behind.”
He began somewhere between Canada and Detriot and suddenly appeared to perfomance in some of the world’s best clubs side by side with the most popular dj’s.Fabric(London),Amnesia(Ibiza),Texan(Florence) are some of his stations.Joel Boychuk is always hard at work on his next idea, and yet somehow he makes time to gain extra credits wherever possible, most recently as ‘Assistant Executive Audio Producer” for the acclaimed Plastikman Live tour in store for 2010.
“Just never stop moving.” —-> Hobo allways says.
After having his 2009 hit, ‘Symptom’ charted as one of Depeche Mode co-founder Martin Gore’s favourite tracks, to having Hugo Boss select his ‘funk jam’ (as Boychuk calls it) ‘Howard Watson’s Jam’ as one of their monthly favourites, to touring along side Richie Hawtin at the biggest events and clubs in Europe, this Hobo is most certainly earning his keep. Boychuk has made it very clear that he doesn’t ever plan on sitting still; so wherever you go, keep your eyes peeled. There’s a good chance he’ll be passing by any day. 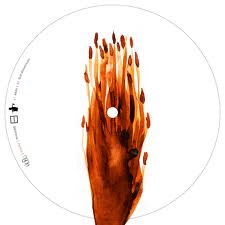 Fabrizio Maurizi ( Roger )
Fabrizio Maurizi (a.k.a Roger on the Italian scene) is a native of Bologna, IT (Italy), a city that has always paid particular attention to the original Detroit Techno movement, making it the perfect place to grow up in terms of music. After a brief spell as part of the city’s militant illegal rave scene, Fabrizio soon graduated to residencies at some of the most important clubs in the country.Fascinated by the Neapolitan techno scene and above all, by the first time he saw Richie Hawtin playing, his sound started moving in a resolutely minimal direction.Fabrizio started producing his own sounds, switching to music software programs after 10 years of studying piano. Completely hooked on very low bassline frequencies, his tracks explore the sometimes dark, sometimes funky side of techno, using completely mad vocal samples to give his music a unique flavour.Fabrizio definitely has DJing in his blood, liking nothing more than to lead the dancefloor out of darkness into light and vice versa, allowing his music to slowly evolve through the interplay of rhythmic analogue elements and jumping basslines.Motivated by dreams of one day being part of the Minus family, he made the decision to only send his music to Richie. Maybe this was too ambitious…but he was convinced it was the right way.