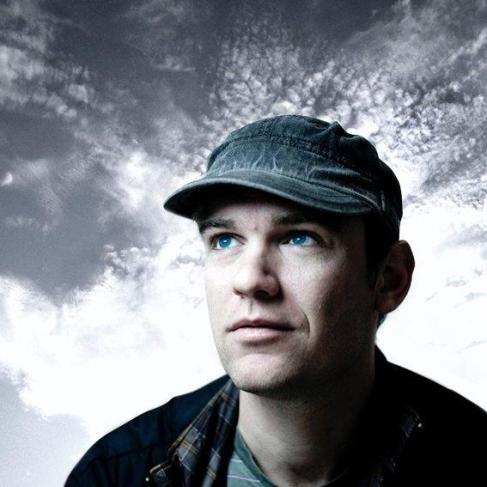 Michael Abel-Larsen, from Copenhagen, Denmark is known to the world as Dj Banel, and Behind Blue Eyes. Apart from being a dj and musician himself, he is also the founder of the label Iboga Records ( http://www.iboga.dk )

1)Hello Michael, for those who may not know you yet, please tell us about yourself and your artistic background.

I started get interested in Electronic music during the late eighties and eventually started Djing in 1988. A huge inspiration were some Acid house party experiences in Copenhagen at the legendary Coma club. During the following years I explored various genres and started making own events and got gigs around the Copenhagen Area at underground parties. In 1994 I joined a creative event group called “Rotundum”, and became resident DJ there. Around the mid nineties we were a group of friends starting to form our own studio, and plans of a Copenhagen based record label began to shape. In our group of friends, there were lots of talent within music production and we based the first releases on the new sounds from our own area. It was an instant success and opened up to the global stage. Since then it has been a remarkable journey towards the status the label and its crew got today.

2)Please tell us about your project Behind Blue Eyes ,how it started and how it’s evolved.

It started in 2004 and involved my long time good friend Rene Nielsen. We kind of grew up together. Finally we decided to do a new project together and Behind Blue Eyes were formed. After the first album released late 2005, we toured around the world and the culmination came when Rene decided to stop his career in 2007. I continued writing new music alone,but eventually formed a new collaboration with the Swedish producer “Krusseldorf”. We wrote a double album together in 2009, “Kisses from the clouds”, and these days a new double album is under preparation.

3)How does it feel as an artist to have the honor of playing at some of the largest Festivals such as Ozora, Boom, Voov and many other events all around the World, to spread your music?

It feels great 🙂 Its the culmination of all the work in the studio, to finally present it to a crowd, in fantastic surroundings.Its really hard to describe how it feels, but it is surely amazing to be there and see how its received, the good vibes and the reactions.

4)As a producer of Iboga Records, and a dj yourself you have been very much involved in the electronic music scene over the past 24 years,introducing to the World to many of the greatest and best known artists such as Ace Ventura, Liquid Soul, Antix, Atmos, Beat Bizarre and many more. Which have been your inspirations over the years in deciding what music you release through your Label and play in your sets/compilations?

One of my first inspirations to get me into the business in the first place, were the Copenhagen DJ “Kenneth Bager”. He were, and still is,behind the legendary Coma Club, and played a weekly radio show nationally broadcasted, presenting the latest within various genres of Electronic music. I guess one of the talents Emok and I have, is that we have good ears for the music and were also lucky to sign with artists who has proved to be counted among the absolute top names of the game. We have during the years developed a strong passion for what we do with our label and it has  become a lives work for us, to work for something that gives positive experiences to those who discover it and find something to enjoy in life.

5)Attending the Green Apple’s show in New York in February, we heard you play both as DJ Banel and Behind Blue Eyes, and I must say everyone loved your music. Please tell us more about the tunes you played that night. Were there new releases amongst your sets? Also, what did you think of the scene in New York City?

It was amazing to finally get a gig in NYC, it was a wish since many years. The guys behind Green Apples are great and it was a real pleasure to stay with them a couple of days extra. The scene was small for such a huge city, but nevertheless it was a great crowd to play for. The set was very well received, I played a mixed Techno / trance set, also including some Iboga material, from my latest compilation “Banel – Best of my sets vol.6”.

6)Obviously there have been many changes throughout the years, in the electronic music scene worldwide. What’s your opinion, as a major representative of the scene, on the development of the music itself?

Its all in constant movement. The scenes in each country is a story in itself. Being part of the whole thing since the early days, I have generally seen it change a lot over the years. In Denmark in the early days there were basically just one scene, which eventually exploded into various sub genres. We started out as a “Progressive trance” label and played a strong role in the definition of this sub genre. But we have always had a broad musical taste and also tried to show that we represent a broad spectrum with our releases. Today we have divided our label in two parts; Iboga Records (Progressive house/trance, chill out & Techno), while Iboga Trance have more focus on trance.

7)So, how has 2012 been for you so far? Where have you played besides New york, and please tell us all about the party at Block 33 of Thessaloniki where you played on the 25th of February.

2012 has started out amazingly, with trips to Australia (Rainbow serpent) Canada, USA, Portugal, Israel & Greece. The event in Thessaloniki went great and was well received. Generally it looks like 2012 is going to be one of the best years ever. We have tons of super releases this year and things seems to be on rise for us.

8)Which are your future plans for the rest of the year?

We are super exited about our release plan, which include albums from Ace Ventura, Liquid Soul, Weekend Heroes, FREq, Reefer Decree, Beat Bizarre, Behind Blue Eyes & Krusseldorf (KBBE), Timelock, Major7, Riktam & Bansi, among many more releases. We also started making label parties in Copenhagen again and already have two major events planned for 2012. Furthermore we look forward to the amazing solar eclipse event in Australia in November, where we are going to bring almost the whole Iboga Crew.