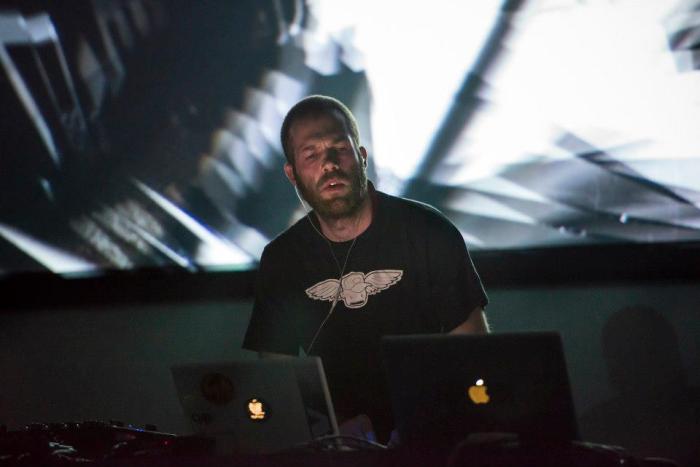 We  proudly present our first interview of the year, featuring the well-known great artist Alex Smoke.

SI:  Can you introduce yourself and your artistic background please.

AS: I started out listening to techno and hip hop in the mid 90s, and just developed a total passion for it. Most of my early exposure was through Radio 1 Essential Mix and also Westwood….Laurent Garnier is probably the DJ I owe the greatest debt to from this time as it was his mixes in particular which rang a bell for me. I have a background playing cello and singing in choirs so I always had a strong leaning towards music with a strong melodic sense, and Detroit techno satisfied that criteria. I always loved hip hop for the lyrical dexterity, and that’s still what I enjoy most, rather than repeating the word ‘money’ 20 times.

SI: what collaborations do you participate in (label, musical partners, etc)?

AS: I’m not a musical collaborator really in the writing sense. I prefer to work alone…..I have a long-standing relationship with house label Vakant in Berlin, and also release with Jon Convex’s label Convex Industries as Wraetlic.  I also have a good working relationship with The Scottish Ensemble (www.scottishensemble.co.uk), a world-class string ensemble who have performed several of my string compositions, most recently the score for Faust. There are also a couple of visual artists I work with: Vokoi of Arch Project, Japan (http://www.arch-project.com), who created the visual show for my new Wraetlic project, and Florence To (www.florence-to.com) who I work with on another audio visual project called CØV, which hasn’t seen the light of day yet.

SI: Many followers of our blog are based in the UK, I bet they are expecting to read  from Alex smoke some insights regarding the local scene in the UK, probably something that currently inspires you. Is anything like that at the moment? Do you want to share it?

AS: I’m not really the ideal person to ask as I don’t follow the scene closely or live in the UK anymore, but the music I am enjoying most is all the stuff that is meddling with genres and experimenting with pop, jungle, footwork, ambient and whatever else…..labels like PAN, Tri Angle and Hyperdub…..

SI: What are your next gigs and where can we preview your works online?

AS: Gigs are all on my website…..I lose track of them….next confirmed ones are as Wraetlic in Glasgow, DJing in Berlin and a festival in Australia…..nice wee mixture. The Wraetlic album is out in Feb so there will be a full tour sometime after that. You can hear the first Wraetlic material at https://soundcloud.com/wraetlic/sets/wraetlic-rats-convex005 and  Alex Smoke stuff at https://soundcloud.com/alexsmoke.

SI: do you have any work in progress?

AS: Always! An Alex Smoke album which is basically done, a load more Wraetlic music, another semi-classical score for a silent film and the CØV project. Oh and some film music……

SI: Any plans for the future you want to announce here…?

AS: As above really! The CØV project is a fully audio-visual show of the immersive variety so is all about experimenting with sound and visuals, and the silent film score will probably be written for cello, celesta, prepared piano and electronics. Everything new is announced on my website alexsmoke.com. Corporate as fuck.

SI: How about some namedropping, do you want to recommend some artists that inspire you?

AS: I’ve not bought nearly so much music this year as I have been working flat out in the studio, and I really don’t feel the need to listen to too much else. But the labels I mentioned above have all released some totally incredible music this year……inspirational stuff for sure. Cooly G, Vessel, SND…..