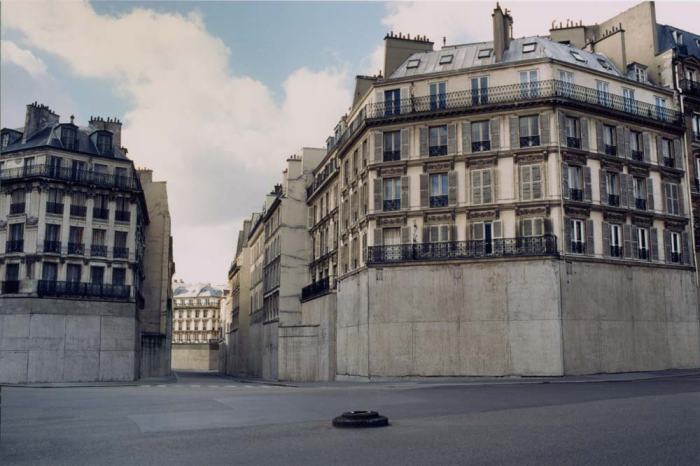 The situationist idea to let old city structures like the labyrinths of Amsterdam grow into superstructures across the whole planet with psychogeographic zones according to the needs of the inhabitants (titled “New Babylon”) was defeated by european cities being a collage of old and new. The old often being a simulacrum (e.g. the Goethehaus in Frankfurt which was reconstructed as if Nazi Germany and the bombing of it didn’t exist), and next to it zones of shopping, tourism, finance, industry, housing and regeneration instead of zones being open to consumption and transformation by the users.

Le Corbusier was recuperated in la Défense, the concept behind New Babylon of unitarian urbanism was defeated as a whole. The situationist attempt wasn’t the directorial cuts of Haussmann that shape Paris until today, but rather cutting up the whole and to issue a socio-organic growth where the useful parts of present urban structures are appropriated. It wasn’t aimed at being a structuralist attempt, the core idea was the creation of an all-embracing playground (with playing being a serious and open process instead of a superflous activity).

The situationists changed their strategy before the defeat. The core group gave up the plans of New Babylon, their former member Constant Nieuwenhuys moved to producing artistic instead of architectonic models of it (judging from an art historian point of view, for himself this step most probably doesn’t exist). The last situationist after all splits, Guy Debord, whose own artistic mode had become the essay film as an attack on the images of culture industry, later moved on to creating a game to train the people of the importance of communication networks on battlegrounds.